Goals and dreams are something that many individuals strive to achieve and prosper through various plans and hard work as we believe that anything is possible. Regardless of one’s dream or believed purpose in this life, we are constantly told by those who are successful at achieving their dreams that hard work and dedication will get us to where we want to be and for many that statement can be attested to by those who follow those guidelines. However, no matter how hard we may work to reach our maximum potential there can be bumps and major setbacks on our journey that we may not be able to control. Of all aspiring professional athletes, none may know this reality better than Toronto Blue Jays prospect Bryan Kervin.

Well on his way to the big leagues, Kervin was drafted by the Jays in 2008 and by 2009 was on his way up to Double A, where he spent a year as a utility player in New Hampshire. Heading into the 2009 off-season, Kervin was focused and determined to work himself into the best physical shape of his life hoping to enter the 2010 season as a serious player option. His plan however took a sudden unexpected turn for the worse.

“During November of 2009 I started having sharp stomach pains and bloody diarrhea, but I didn’t know what the symptoms were or what Crohn’s or colitis was,” explained the Grapevine, Texas native. “Being my competitive self I just kept working out through the pains and fatigue because I didn’t want a stomach flu or bug to keep me from my next spring training and getting myself prepared,” says Kervin.  “Finally it came down to me showing up to the gym in November of 2009 and I just about passed out. I went home that Friday and set up a doctors appointment for Monday and that week I got diagnosed with ulcerative colitis.”

After taking three weeks off and feeling reasonably better, Kervin continued his workouts while taking small steps to fully eliminate the various medications from his life, which in January of 2010 seemed very possible, until the ulcerative colitis returned with a vengeance.

“January 25 I remember being in Target with my sisters getting my nephew a ‘welcome to the world’ gift and I was just curled over, I was in so much pain my mouth would get watery. I have a high tolerance for pain and it was so painful that I couldn’t move,” described Bryan. “It felt like a knife stabbing right into my stomach so I called my doctor that night. The same day my nephew was born I went into the hospital thinking I’d only be there for a few days and get it knocked out of the way and get back to my workout. Well I was wrong and a lot of what they were trying wasn’t working,” he recalled.

What Bryan initially thought was a minor setback would have him sidelined from the life he led for a year. It had him in and out of the hospital and on and off various medications and hormone enhancements. As this painful cycle continued, Bryan’s doctor felt that only one option was left, surgery.

“I had a surgeon talk to me. I had just figured out what this disease was, let alone what it could do to the body and how bad it can affect you. He talked about the possible removal of my large intestine and how I wouldn’t be able to play baseball again and there was a chance my fertility could be cut down because they were working on that area,” elucidated Kervin.

In what was to date the toughest time in his life, Bryan is quick to point out that his faith had a large part in his road to recovery.

“Here I am one minute in Double A, my first pro season of baseball and before I know it I’m in the hospital having the doctor tell me I wont be able to play baseball again. It was really hard to deal with but I really relied on my faith and knew God would help me through it and obviously through my experiences I’ve grown stronger and closer to my faith,” he says.

During his grueling year and battle with ulcerative colitis, Kervin dropped from 190 lbs to 120 lbs, and at a time looked like the doctor would be correct about him never again playing the game he loved. Within 10 months of his battle, Kervin was back in action despite the enormous hill he was forced to climb. During his return, in the best shape of his life, Bryan fractured his hand which he insisted on hiding due to the fear of missing more baseball, facing yet another obstacle on his journey.

At this point of his life and career it seems like there’s nothing Bryan Kervin hasn’t faced that could make it any more difficult for him to achieve his dream. Alongside his continuing conquest to achieve what he believes he is meant to do, he has also put his efforts forth in hopes of helping others faced with similar situations. His passion for assisting others has led him to establish the Rise and Conquer Foundation; a Foundation dedicated to raising awareness about Crohn’s and ulcerative colitis while providing support for those affected through mentoring programs and fundraisers.

“Do everything with passion, whatever you do in life if you do it with passion it means your heart’s in it and you’re doing it with energy and that energy creates an atmosphere that everyone wants to be around and makes everyone around you better,” says Bryan. “I was passionate about the cause and that’s why I started the Foundation, because my hearts in it to help out kids and others that are going through what I went through.”

The Rise and Conquer Foundation also donates various items to hospitals gastrointestinal wards designed to make more palatable experiences for patients and their families. For Bryan, the top priority remains mentoring and support for the patients.

Although Bryan still faces many difficult days, he finds strength deep within to make each day just a bit better.

“You can only control certain things in life. I couldn’t control that I got sick or the news with the disease or that I’m not where I want to be as far as career wise, but I cant control those things but I can control my attitude and how I approach each day. You have to dig deep within to help out others and to be there for others, as a teammate and family member, even if you’re having a rough day,“ he stated.

Bryan hopes to eventually open Rise and Conquer to other avenues of support for addiction, cancer patients and those with learning disabilities.

In times of struggle and need we look to heroes for support and motivation. Bryan Kervin may not be a household name at the moment, but his story and strength are most definitely inspirational in their own right. His courage and unwillingness to give up is refreshing and powerful and leaves you speechless when you hear about everything he has overcome. We are not measured in life by what we can achieve, but by what we can take and how we continue to move on and continue our road to success, whatever that may be.

“I look at struggles, trials and setbacks as something that makes us better and builds our character and perseverance, I wouldn’t trade what I went through to be in the big leagues right now because I’ve become that much better of a person through the toughest times of my life.”

To learn more about the Rise and Conquer Foundation, visit http://www.riseandconquer.org/ 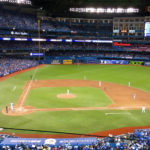