Jeff Juden’s making music for a greater cause

Former Major League Baseball pitcher and one-time World Series Champion Jeff Juden has seen his share of ups and downs, not just in baseball but in his personal life as well. Juden lost his sister when he was just a young boy and battled with alcohol and chewing tobacco addictions throughout his lifetime until the death of his mother in 2010. Though faced with many obstacles at home and the ones he faced on the mound, one of which was the number of trades he was involved in throughout his career, Juden has always been a hard worker and has given his best regardless of the task at hand.

Alongside being a threat on the mound, Jeff is also known as a profound guitar player and songwriter. His love for music has led the former Yankees pitcher to start Jeff Juden and the Nuke 14 Band, whom have recently released an album entitled Anything You Want To Be. Besides having his own music out for the public, Jeff put this project together in hopes of selling enough copies to one day start his own foundation.

“I’m working on trying to get enough money to start a foundation so that’s what my goal is. I’ve talked to a few people about it and I thought it would be a good idea to use my CD to help get that process going and get the initial funds underway,” explained the 12th overall pick in the 1989 MLB Draft.

Jeff keeps busy with music, but is also quick to lend a hand to various charitable efforts such as the Make-A-Wish Foundation, and is active with public speaking engagements to raise awareness about things such as domestic violence and bullying within our community. By using his entire life experiences within baseball, music, or his struggles with addiction and the pain of his losses, Jeff is able to relay a strong and effective message to whomever he speaks to.

Juden also does work with the Jimmy Fund, which is an organization that has been working towards the fight against cancer since 1948.

“Well the Jimmy Fund helped out my family a long time ago when my sister was battling the disease that she had so I’m grateful to that organization for what they did and I do my best to work with them whenever I can and just stay close with it,” said the Salem, Massachusetts native.

Juden also supports Walking Miracles, which is an organization that works endlessly to support cancer patients in their search for the best possible treatment they can receive to beat this horrific disease. He is also a proud supporter of the Luis Tiant Charitable Foundation, which works closely with various children’s charities and youth groups to provide new and exciting ways to engage our youth on the right path and provide the essentials for those who may seek assistance.

Though faced with many adversities, Jeff Juden has a knack for using his passion and gifts to make a difference in people’s lives for the better. His status as a former Major League pitcher and his love of music and song writing has allowed him to grace the lives of so many hopefuls. The good instilled in him has ignited his musical passion to benefit others as he continues to work to one day have his own foundation in hopes of changing many more lives.

To learn more about The Jimmy Fund, visit http://www.jimmyfund.org/

To learn more about what Jeff Juden is up to, visit http://www.jeffjuden.com/ 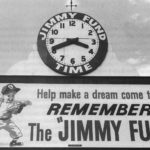 Jeff Juden’s making music for a greater cause