When she’s not winning World Titles, US Opens, National Championships or being recognized as Player of the Year, LoreeJon Hasson spends much of her time helping out and supporting various charities and causes all around the United States and countries around the globe. The champion pool player from Garwood, New Jersey, won her first World 9-Ball Championship at the age of 15, making her the youngest player, male or female, to win a world title and has held every women’s billiards title.

Aside from using her natural talent on the pool table to win various titles and awards, Hasson takes her ability to entertain and takes part in numerous billiard exhibitions for various charities and causes.

“I am a big charity person, I love doing billiard exhibitions for different people, and for different people’s charities. I’ve been a big advocate for children’s asthma causes and being that I suffer from asthma I just can’t imagine that in a child, I cant imagine the fear they may experience with it. I’ve done things for the Make-A-Wish Foundation; I’ve also worked with the Shriners Hospital and done different things at the Shriners Hospital for Children,” says Hasson.

Wowing whichever spectators she may be performing for, LoreeJon Hasson puts on a 45-minute show demonstrating various trick shots and challenges while involving members of the audience in her show.

“I like to incorporate people in that time, I have people shoot for me, I use them as props, we have a very good time. After that I’ll sign autographs and then I’ll do what I call challenge matches where I’ll play someone in the audience for fun. If it’s for charity they’ll put in a certain amount of money and all of that will go to charity,” she explained.

Hasson is also very involved with American soldiers, veterans and wounded warriors, as well as providing national aid such as relief funds that were set up in wake of the earthquakes that shook Japan a year ago.

Hasson credits her career in billiards to her parents who helped shape her game as a little girl, and the same can be said about her involvement and love for giving back to those less fortunate.

“I try to give back as much as I can because I know being where I am I’m very fortunate, even if we go through hard times its not nearly what we may see on TV or when we see a sick child or parents with a sick child. I’ve been doing this for about 20 years, since I was little. That’s just what my parents always taught me, to give back what you can and what you believe in,” said the 8-time World Champion.

In addition to the 3-10 benefit exhibitions she participates in per year, LoreeJon Hasson looks to continue putting smiles on people’s faces and hopes to one day have a charity of her own.

“When I do something for the veterans and the wounded warriors and I make them smile or teach them something, I get such a good feeling. When I help sick children I almost have to hold back tears. Being a mother of three myself, bringing a smile or laughter to their little faces, its just indescribable and that’s where it hits my heart the most. When I really think about it, helping people just always gives me a good feeling. I have a big heart so if something that I believe in asks me to do something I never hesitate to lend a hand,” she concluded.

To learn more about Shriners Hospitals for Children, visit http://www.shrinershospitalsforchildren.org/

To learn more about the Red Cross, visit http://www.ifrc.org/ 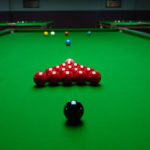