For the past week the NBA has been encouraging fans to “go green” through their NBA Green Week initiative presented by Sprint. NBA Green Week has featured special on-court apparel, green giveaways, community greening projects, recycling programs and auctions to encourage fans to “go green.” This year marks the fifth year of the league-wide Green Week hosted in collaboration with the Natural Resources Defense Council (NRDC).

During NBA Green Week the NBA launched Mosaic, an online tool designed to measure environmental impact. In partnership with NRDC and Renewable Choice Energy, Mosaic will allow all NBA teams and venues to track, analyze, and identify cost saving opportunities within their environmental footprint. The league has also been working with Sterling Planet – a leading supplier of renewable energy – to offset the amount of electricity used during all 67 games that took place during Green Week. Through this commitment the NBA has avoided the use of more than 10 million pounds of carbon, which has been the largest offset initiative by any sports league worldwide, and the only one to involve every team in the league.

Throughout NBA Green Week presented by Sprint, adidas outfitted every player in the league with 100 percent organic cotton adidas shooting shirts. Players also wore NBA Green headbands and wristbands made from 45 percent organic cotton, while NBA coaches and broadcasters wore NBA Green lapel pins, all in effort to raise additional awareness. Each team across the league hosted in-arena nights, along with a variety of events and activities in the community to support environmental protection. One of the fan contests that the NBA and Sprint came up with called Pledge to Recycle is a contest NBA fans can enter through May 16 by pledging to recycle their old mobile devices. Fans that enter this contest have a chance to win the grand prize trip to the 2013 Finals.

The NBA and Sprint encouraged fans to do their part for the environment through wireless device recycling events that were hosted by current and former NBA players in three NBA markets – Los Angeles (Clippers), Boston, and Orlando. As part of the Sprint Buyback program, fans were able to recycle their eligible phones from any carrier and received up to a $300 service credit from Sprint, along with autographs, tickets to upcoming games, and other giveaway items. Through this program, Sprint has been able to keep more than 28 million wireless devices out of landfills, ranking them third on Newsweek’s list of the 500 greenest companies in America.

NBA Green Week may be one week long, but NBA Green is a year-round program and the NBA family continues to identify and implement environmentally sound practices across all of its business areas. To date, five NBA team arenas – Philips Arena (Atlanta Hawks), AmericanAirlines Arena (Miami Heat), Rose Garden Arena (Portland Trail Blazers), Toyota Center (Houston Rockets) and Amway Center (Orlando Magic) – have received Leadership in Energy and Environmental Design (LEED) certification by the U.S. Green Building Council. Aside from that, five NBA teams have installed solar panels on their arenas, garages, or practice facilities – the Golden State Warriors’ practice facility, the US Airway Center in Phoenix, STAPLES Center in Los Angeles, the Pepsi Center in Denver, and the AT&T Center in San Antonio. Also, in September 2009, the Minnesota Timberwolves installed a green roof spanning 115,000 square feet on the Target Center, making it the first green roof on any North America arena and currently the nation’s fifth largest.

The NBA and WNBA are also proud members of the Green Sports Alliance, a non-profit organization that launched in 2011 with a mission to reduce the environmental impact of professional sports and to inspire fans to join in these efforts. Participants include the Cleveland Cavaliers, Philadelphia 76ers, Portland Trail Blazers, Seattle Storm, Toronto Raptors and the NBA league office. 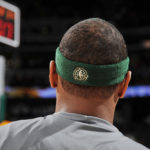