Using his own experience to better others

The story of the underdog is something that is always appreciated in the world of sports. A player or team that has overcome such adversity to accomplish the unthinkable, it is something that others look at and take in and use as their own inspiration and motivation to accomplish something of their own. For pitcher Doug Davis of the Kansas City Royals’ Triple-A affiliate Omaha Storm Chasers, his story is not about an underdog coming back and winning a championship, instead, it is a story of determination of a man who overcame cancer and continued to live his childhood dream.

The Sacramento, California native was diagnosed with thyroid cancer on March 28, 2008, while playing with the Arizona Diamondbacks. He made two starts in the regular season before having surgery in April to remove his thyroid. With the doctors expecting a 97% chance of a full recovery, Davis was back pitching for the Diamondbacks just under two months after being diagnosed. This life-changing event played a part in both his and his wife’s decision to set up the Doug Davis Foundation; a non-profit organization that focuses on helping children with various medical, social and family needs.

Through his Foundation, Davis hosts annual golf and poker tournaments and gives all the proceeds to various charities.

“I always attended events but I never really did anything on my own. I attended a lot of golf tournaments and that’s how I got the idea for my own,” explained the Rangers’ 10th round pick in the 1996 MLB Draft. “I didn’t realize how many golf tournaments actually take place out here in Arizona but we found a weekend that worked.”

One of the causes that has a large spot in Davis’ heart is The Miracle League; an organization that builds baseball fields for handicapped children and mentally challenged people and gives every kid an equal shot at living their dream of playing the same game that their heroes play everyday.

“One of my favourite things that I do through my Foundation is helping The Miracle League,” stated Davis. “One of the things that we do is watch them play the game and let them use the field which is definitely the most gratifying,” he added.

“I enjoy helping out families and kids who are not able to do a lot of things that healthy people are able to do and just to be able to help them and see them interact with each other is very gratifying,” he continued.

“I enjoy donating money to The Miracle League and helping them out because they do so much and put in so much time and effort and they helped me build my Foundation into what it is today.”

One of the things that Davis is very thankful and grateful for is the presence of other professional athletes at his events. He is very appreciative of what they do and the time they take out of their schedules to be a part of a good cause and he rewards them by donating proceeds to various players’ charities that are in attendance.

“It’s awesome to see so many guys come out and support such good causes and helping me out with my events. The season is so long, so to see them come out and give me some time out of their schedule it’s very touching and I’m very thankful for that,” mentioned the 12-year veteran.

“Seeing pro athletes come out and spend time with the less fortunate children is my favourite part. The guys come out to watch the kids play baseball instead of them coming to watch us, so it’s very cool for the kids,” he proceeded.

“Some of the ball players that come to our events have their own charities, like Ryan Dempster for instance, he has a charity and we donated a good chunk of the proceeds to his charity. Junior Spivey’s Foundation is another one that we donated a lot of money to,” he explained. “These guys are the reason we get so many sponsors and people to attend, so it is well deserved and I enjoy giving back to their charities every time.”

Five years since the Foundation’s inception, the Doug Davis Foundation has continued to raise money for various causes and has helped changed many kids and families lives over the years. He is very thankful for everything he has been able to do and has not forgotten about what he has overcome to get to where he is today. With his heart and mind in the right place, Doug Davis took a personal experience and has tried to brighten the lives of others who are going through the same thing that he went through.

“I just want to continue to make money for the cause and help people out. As long as we’re continuing to make money I’m going to keep doing it,” said Davis. “I know money isn’t everything, but with it we’re able to provide these kids with things they aren’t able to afford and give them an experience they’ll remember forever,” he concluded.

A true humanitarian, Davis continues to shine a light on those who are going through some dark times in their life and continues to do whatever he can to help change the lives of others and provide them with the proper tools to live out their dreams of being just like their heroes that take the field everyday. He has taken his own personal life experience and has used it to better the lives of others who do not know what to expect or might not have the opportunity to live the life that they always wanted.

To learn more about Doug Davis and the Doug Davis Foundation, visit http://www.dougdavisfoundation.org/index.html

To learn more about The Miracle League, visit http://www.miracleleague.com/home.html 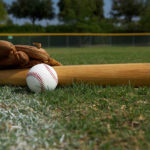 Using his own experience to better others